Beyond TNC, the joint venture between Dublin and London based production and distribution company, Beyond Entertainment and music producers, TNC Media, has secured the UK TV premiere of the first official documentary about the Boomtown Rats to appear on the BBC.

Due to air on BBC Two at 9.20 pm on Saturday 23rd May, Citizens of Boomtown (1 x 93’) is produced by Sideline Productions and BMG Films. Directed by Billy McGrath, it was commissioned for the BBC by Alan Yentob for Imagine and Jan Younghusband, Head of Music TV Commissioning. Featuring exclusive interviews with the four members of the re-grouped Boomtown Rats (Bob Geldof, Garry Roberts, Pete Briquette, and Simon Crowe) the documentary also includes compelling insights from special guests including Bono, Sting, Sinead O’Connor, Jools Holland, and Dave Stewart.

Citizens of Boomtown offers a very personal insight into The Boomtown Rats who were, for a time, the most successful rock band on the planet. Bob Geldof also revolutionized global music broadcasting with his hugely successful Live Aid concert in 1985. The band broke up a year later in their native Dublin then re-united in 2013 to play a triumphant set at the legendary Isle of Wight Festival. The Boomtown Rats recently released their new album Citizens of Boomtown and, due to COVID 19, their live dates around the globe have been postponed to late 2020 and into 2021.

Commenting on the deal, Michael Murphy from Beyond TNC comments: “We are really thrilled to be working with the BBC to bring this epic documentary about one of the most legendary bands of their time to viewers in the UK.”

About Citizens of Boomtown

Citizens of Boomtown is the personal story of one of the best rock bands of all time who not only changed themselves, they also played a huge role in changing Ireland; smashed through the UK’s punk scene and, with Bob Geldof’s vision, revolutionized the world.

With a string of successful albums, world tours, and No.1 hits, for a time The Boomtown Rats were the most successful pop band on the planet.  But as their star waned, their lives took a remarkable turn. The band’s leader Bob Geldof charity record Band-Aid for Africa was the fastest-selling single ever and he, along with a host of superstars on both sides of the Atlantic, revolutionized global broadcasting with the Live Aid concert in 1985 that saved the lives of millions of people.

The Boomtown Rats broke up in 1986 in their native Dublin during the Self Aid concert but over 30 years later reformed in triumph at the iconic Isle of Wight Festival.

Citizens of Boomtown also reveals the highs and the lows of the first Irish band ever to reach No.1 in the UK charts – not once, with Rat Trap, but twice with the global top seller I Don’t Like Mondays. The filmmakers had exclusive access to personal archives and revealing interviews with four members of the re-grouped Boomtown Rats (Bob Geldof, Garry Roberts, Pete Briquette, and Simon Crowe) plus departed guitarist Gerry Cott. The remaining original member Johnny Fingers now lives in Tokyo.

Citizens of Boomtown was directed by award-winning producer Billy McGrath who, before the success, shared a house with Bob Geldof; promoted their 1st Irish tour; was Ireland’s 1st alternative comedian and later directed films with U2; The Pogues; Clannad; Self-Aid: Behind The Screens; the Italia ’90 Irish international soccer squad plus TV features with David Bowie; Michael Jackson; David Byrne; Pink Floyd; Johnny Cash; Frank Zappa and The Clash.

Citizens of Boomtown is distributed internationally by BeyondTNC.

BeyondTNC is unique in combining experience from the TV, film, and music industries. The company develops, produces, co-funds, and distributes music-related feature documentary films and television series for theatrical and television distribution.

Based in the UK, Ireland and the US, the team has extensive experience in the music business having worked with and produced content for, many of the world’s leading artists and bands, including David Bowie, Mumford & Sons, The Weekend, Kylie Minogue, Blur, Tame Impala and Coldplay.

Since its formation in 2005, CCO & owner Billy McGrath has established Sideline as one of Ireland’s most successful & innovative entertainment companies producing radio and digital comedy alongside many successful TV series and formats including RTE’s Close Encounters with Keith Barry (All3Media/Rose d’Or Nominee); TV3’s Great Irish Bake Off (BBCW) and Channel 5’s Secrets of Great British Castles (CMG/DCD Rights) now shown on Netflix around the globe. The Keith Barry and Castles series were/are sold all over the world and remain two of the most successful Irish TV exports ever.

All media queries to 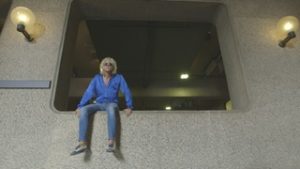 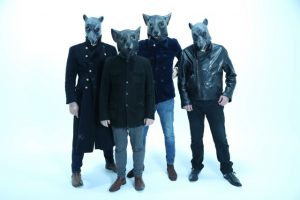 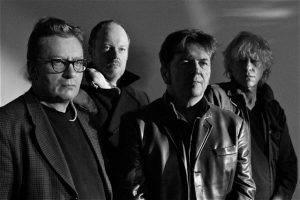