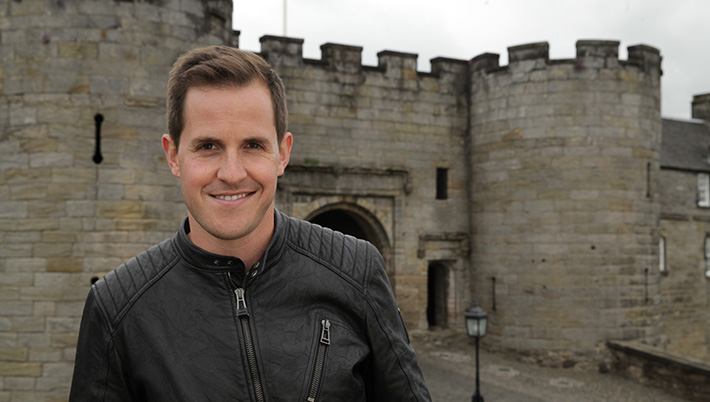 Historian Dan Jones is back with a brand new series of The Secrets of Great British Castles on Channel 5 from Friday Oct 28th at 8pm.

In this new Sideline / Group M production, Dan looks at the incredible history behind six more of Britain’s most famous castles – in order of appearance

Across the 6 programmes top selling author and star historian Dan Jones explores some of the gripping and fascinating tales from 1000 years of British history, featuring a cast of kings, queens, rogues, rebels, victims and villains.

Series 1 has been a huge global success and available in most territories on Netflix where it has been translated / dubbed into over 23 languages.

Series 2 will be available on the global VoD service in Mid 2017. Watch what one US online history fan had to say about series 1.