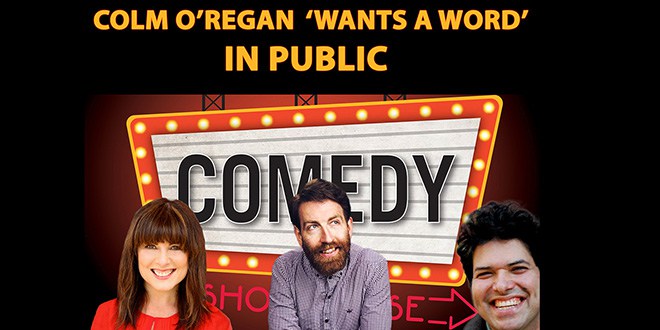 The first of the two-part RTE Radio comedy series – Colm O’Regan Wants a Word – was voted Best Radio Comedy at the prestigious PPI Awards on October 7th 2016. Congrats to everyone involved.

The series was written and performed by Colm O’Regan with guest historian Terry O’Hagan and actors Tara Flynn and Paul Tylack. The show was produced by Sideline Productions for RTE Radio 1 Comedy in association with the BAI and grintageireland.com

Listen to it here